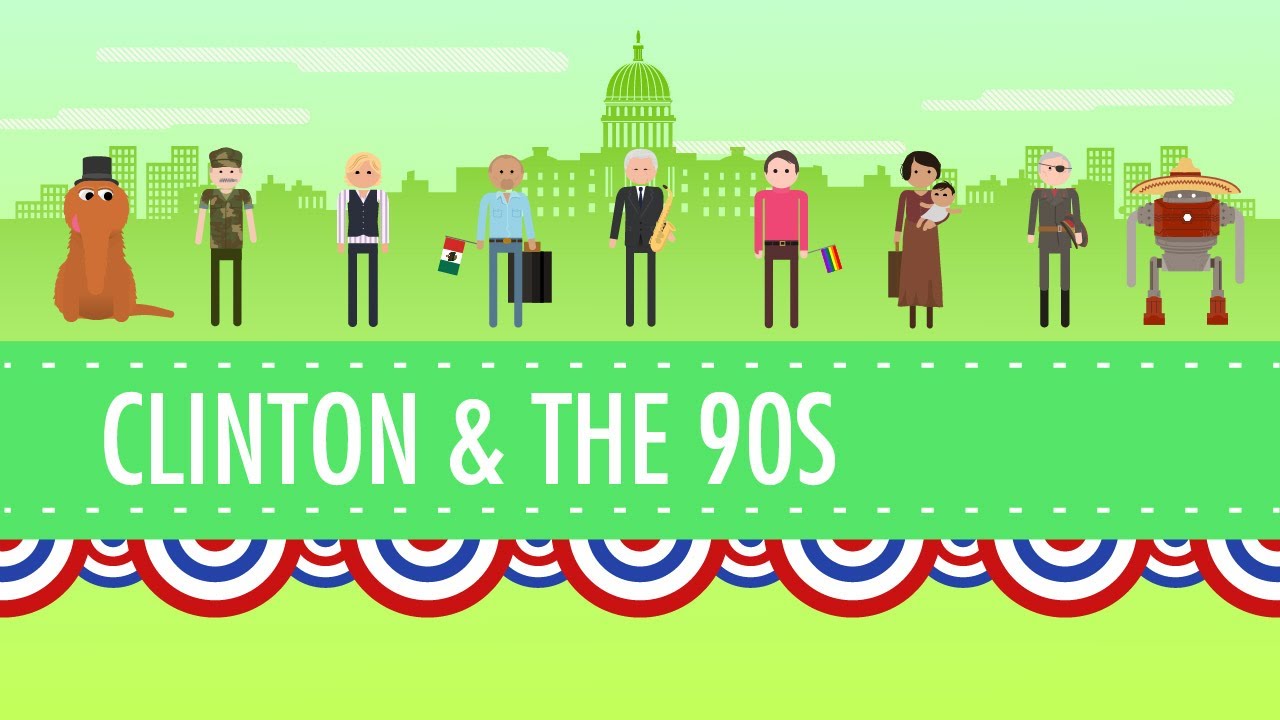 You can directly support Crash Course at Subscribe for as little as $0 to keep up with everything we’re doing. Free is nice, but if you can afford to pay a little every month, it really helps us to continue producing this content.

In which John Green teaches you about the United States as it was in the 1990s. You’ll remember from last week that the old-school Republican George H.W. Bush had lost the 1992 presidential election to a young upstart Democrat from Arkansas named Bill Clinton. Clinton was a bit of a dark horse candidate, having survived a sex scandal during the election, but a third party run by Ross Perot split the vote, and Clinton was inaugurated in 1993. John will teach you about Clinton’s foreign policy agenda, which included NATO action in the Balkans and the Oslo Accords between Israel and the PLO. He’ll also cover some of the domestic successes and failures of the Clinton years, including the failed attempt at healthcare reform, the pretty terrible record on GLBTQ issues, Welfare reform, which got mixed reviews, and the happier issues like the huge improvements in the economy. Also computers. Cheap, effective, readily available computers came along in the 1990s and they kind of changed the world, culminating in this video, which is the end of the internet. Until next week.

Hey teachers and students – Check out CommonLit’s free collection of reading passages and curriculum resources to learn more about the events of this episode. One of the largest criticisms against President Clinton’s presidency was his inaction during the genocide in Rwanda which he comments on in his Remarks on the Rwandan Genocide:
First Lady Hillary Clinton had some foreign affairs success of her own when she delivered her 1995 speech to the United Nations Fourth World Conference on Women stating that women’s rights are human rights: