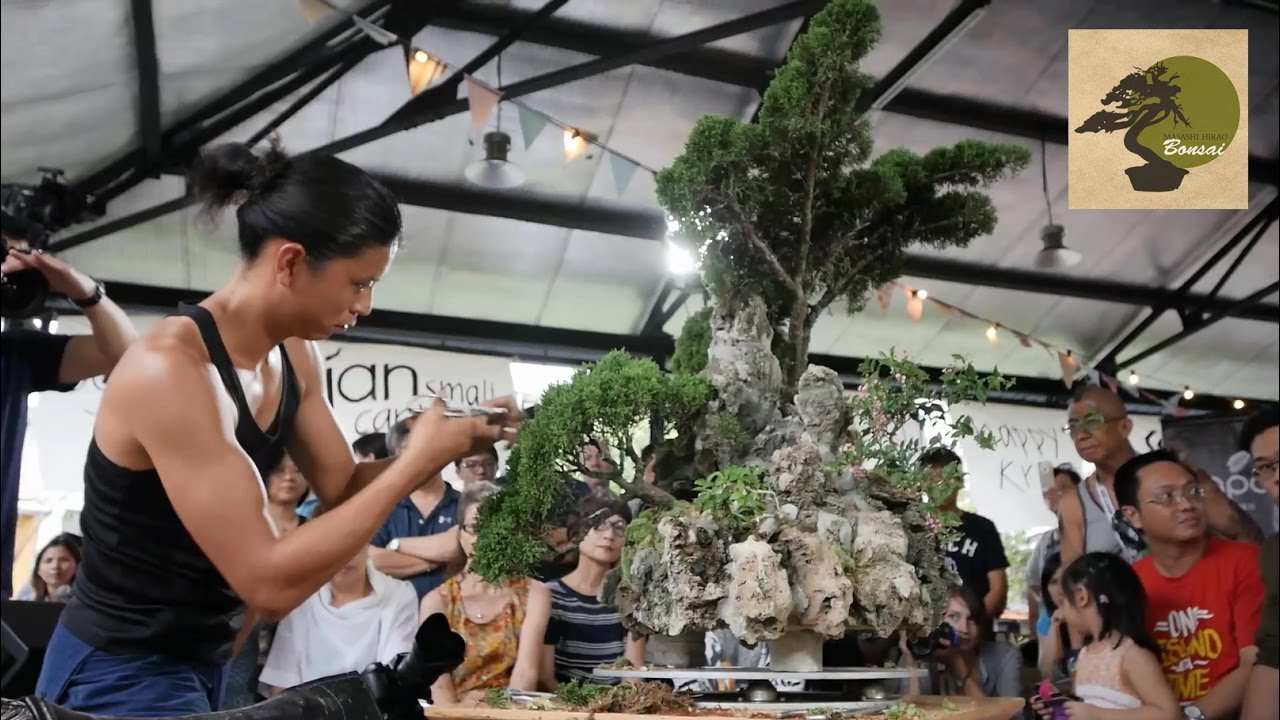 Having visited Misuzu Shigemori’work-Hojo garden at Tofukuji while he was in Kyoto Sangyo University, Masashi was strongly impressed by the beauty of it. Since then he has had his sights on carrying on the Japanese culture and decided to be apprenticed to Kato Manseien in Bonsai cho, Saitama city, Japan. Masashi studied under Saburo Kato and his words to him “Be the one to spread out the great Japanese Bonsai not only in Japan but also overseas” made Masashi expanded the range of his activities.

Masashi has been performing bonsai and providing its demonstration workshops.in various countries. He was appointed as Japan Cultural Envoy by the Agency for Cultural Affairs in 2013 and traveled to 11 countries in 4 months to introduce the aesthetic value of bonsai that is a culture endemic to Japan. He’s also succeeded in exchanging culture by introducing how to enjoy bonsai while traveling.
He has given lectures to Bhutan’s King, Jigme Khesar Namgyel Wangchuck, as well as to Abe Akie, the wife of Prime Minister Abe Shinzo, he is one of the bonsai artists that have attracted attention in the world.